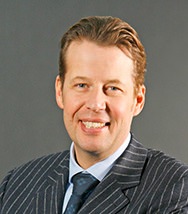 Stefan Sielaff (53), currently Head of the Volkswagen Design Center in Potsdam, will assume responsibility for design at the Bentley brand effective July 1, 2015 in addition to his present post as Head of Group Interior Design Strategy. As Director of Design at Bentley, Sielaff succeeds Luc Donckerwolke (49), who held this function since 2012.

Stefan Sielaff joined the Volkswagen Group in 1990, beginning his career in the interior design department at Audi. From 1995 the design graduate was entrusted with setting up the Group’s Design Center Europe in Spain. In 1997 he was placed in charge of the Design Studio in Munich and was appointed Head of Audi Interior Design in the same year. In 2003 Sielaff moved to DaimlerChrysler as Design Director of the Interior Competence Center, returning to the Volkswagen Group in 2006 to become Head of Audi Design before being appointed Head of the Volkswagen Design Center in Potsdam und Head of Group Interior Design Strategy in 2012.

In his new function as Director of Design at Bentley, Sielaff reports to Rolf Frech, Board Member for Engineering. In his function as Head of Group Interior Design Strategy he continues to report to Walter de Silva, Head of Group Design.